What is Tai Chi?

While there are several different styles and expressions of Tai Chi, all are characterized by slow, relaxed and flowing movements. Practiced by people of various physical capabilities, it has become notably more popular with the Parkinson’s community in the past several years due to the discovered balance and movement benefits associated with the practice.

Tai Chi is a weight-bearing exercise and involves continually shifting weight from one leg to the other. This facilitates improved balance and strength in the legs, ankles and feet. Tai Chi also improves torso and limb flexibility along with range-of-motion, which is essential for postural control.

In the past several years there have been numerous studies conducted by a wide range of researchers proving the benefits of Tai Chi for Parkinson’s disease patients, as well as various mind/body issues due to aging. From Hong Kong, to the University of Vermont to, most recently, the Harvard Medical School, study after study demonstrates the increase in balance and motor control with Tai Chi practice. 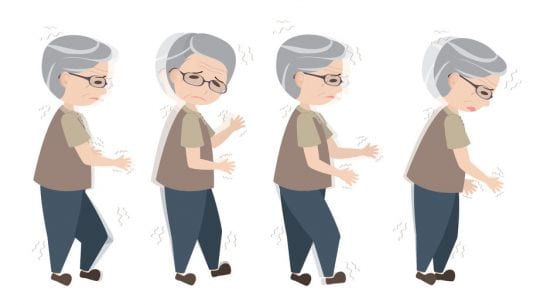 What is Parkinson’s Disease?

Parkinson’s disease is a neurological movement disorder that is caused by the loss of brain cells that control coordinated and purposeful motions. The primary symptoms of Parkinson’s disease are movement-related issues and include: resting tremor, rigidity, slowness of movement and substantially impaired balance (postural instability).

To date, despite decades of intensive study, the causes of Parkinson’s remain unknown. In brief, many experts think that the disease is caused by a combination of genetic and environmental factors, which may vary from person to person.

According to the Parkinson’s Disease Foundation, “as many as one million Americans live with Parkinson’s disease, which is more than the combined number of people diagnosed with multiple sclerosis, muscular dystrophy and Lou Gehrig’s disease.”

The NIH-funded study, reported in the February 9, 2012 issue of the New England Journal of Medicine, evaluated three different forms of exercise—resistance training, stretching, and Tai Chi—and found that Tai Chi led to the greatest overall improvements in balance and stability for patients with mild to moderate Parkinson’s disease—improving both balance and movement control.

“The results from this study are quite impressive,” says Ray Dorsey, MD, MBA, a neurologist and associate professor at Johns Hopkins School of Medicine in Baltimore.

“It’s always difficult to compare results across studies, but the magnitude of the impact that they had is larger, in some cases, than what is seen with medications in Parkinson’s,” says Dorsey, who also directs the Movement Disorders Center and Neurology Telemedicine at Johns Hopkins.

Doctors assigned 195 people with mild-to-moderate Parkinson’s disease to one of three groups: The first took Tai Chi classes, the second exercised with weights, and the third was assigned to a program of seated stretching. All the groups met for 60-minute sessions twice each week.

After six months, people who had been taking Tai Chi were able to lean farther forward or backward without stumbling or falling compared to those who had been doing resistance training or stretching. They were also better able to smoothly direct their movements. And they were able to take longer strides than people in the other two groups. “Tai Chi and Postural Stability in Patients with Parkinson’s Disease,” New England Journal of Medicine 366, no. 6 (2012): 511-19.

Other studies also suggest that Tai Chi improves the quality of life for not only the Parkinson’s patient, but also their support partners.

In a checklist by the National Parkinson’s Foundation, the benefits of Tai Chi for those with Parkinson’s disease are the following:

I have recently read some very exciting information recorded by Peter Wayne, PhD, an Assistant Professor of Medicine at Harvard Medical School and the Director of Research for the Osher Center for Integrative Medicine. Dr. Wayne and his colleagues have developed a Tai Chi program for people with Parkinson’s disease. It brings together Harvard Medical School doctors and other clinicians with Tai Chi experts. Part of their research involves Tai Chi’s fall prevention research which documents that Tai Chi practice has shown a 40-50% reduction in fall rates compared to other form of active exercise.

The 12-week program uses the traditional Tai Chi principles and simplified movements. The program, as well as numerous findings and studies regarding the benefits of Tai Chi for a multitude of conditions, is discussed at length in his recent book, The Harvard Medical School Guide to Tai Chi: 12 Weeks to a Healthy Body, Strong Heart & Sharp Mind. If you are interested in reading about the vast benefits of Tai Chi, I highly recommend this book. Here is a link to make finding it easy.

One of the discoveries I find particularly encouraging is that upon post-study follow-up, Dr. Wayne reports that the Tai Chi groups were much more likely to continue their routine than the other activity groups.

I have personally witnessed the positive impact that Tai Chi for Parkinson’s disease has had for my students and I am thrilled to hear of their success stories. I have worked with several students managing their Parkinson’s symptoms in both my general group classes as well as private study. I look forward to seeing more studies, more documented positive results for Parkinson’s disease patients and hearing many, many more Tai Chi success stories. It is with great thanks that I share with you the following account:

“Probably the smartest choice I ever made was to sign up for Tai Chi when I was first diagnosed with Parkinson’s disease five years ago. The luckiest choice I ever made was to pick Kris Brinker’s class to attend. I have read numerous descriptions by physical therapists specializing in Parkinson’s wellness programs, and every exercise and technique they recommended was interwoven into Kris’s weekly sessions at some point. I credit the class with not only helping me maintain flexibility and mobility, but actually increasing these crucial abilities. I know my balance, coordination, and strength now exceed my capability five years ago. Thank you, Kris! I owe my continuing quality of life to you and the program.”

I am both excited and honored to have my classes recognized by the local chapter of the Parkinson’s Foundation on their website and hope all Parkinson’s disease patients can find a Tai Chi class in their area. If you have any questions or personal stories you would like to share regarding Tai Chi for Parkinson’s Disease, please feel free to contact me.