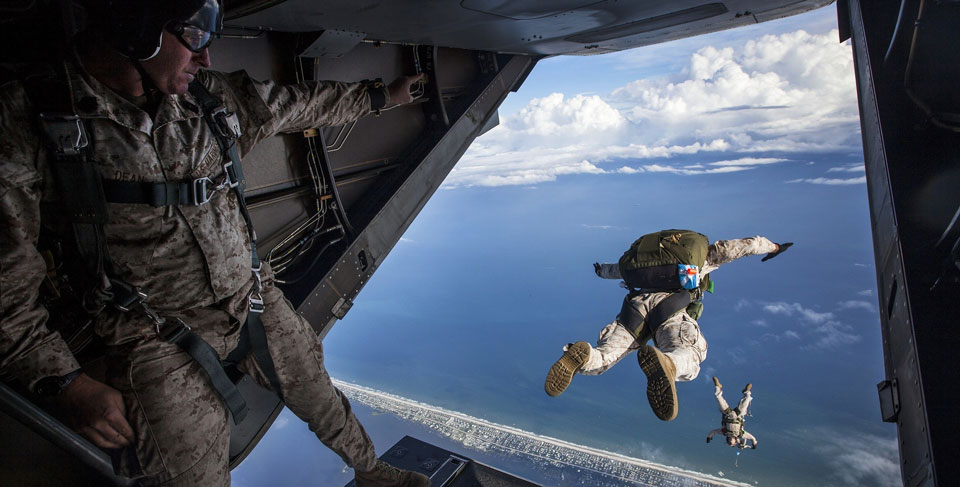 The following is a much-appreciated guest blog from a Just Breathe Tai Chi student. My student is a retired Special Forces operator of 25 years and asked to remain anonymous. We will call him P.F.

While the following contemplative mental outpour is my personal opinion, it is based on fact.

“I believe Tai Chi has much to offer elite performers and first responders in ways of resiliency and post-traumatic healing. “

In between Tai Chi classes, I was talking with my instructor, Kris Brinker, and she mentioned conversations she had with one of her other students, Nicole Malachowski, who is a retired Air Force colonel and the first female Thunderbird pilot. During their Tai Chi lessons, Nicole continuously points out the similarities between learning Tai Chi and learning to become a fighter pilot—both of which share the phrase and concept of “yield to overcome”.

After our conversation, I started thinking about the inclusion of Tai Chi into elite military training. Nicole most likely sees the same thing I do regarding Tai Chi and its positive influence on our unique skill sets.

Photo courtesy of the Department of Defense*

As a fighter pilot, she is one of the elite. Navy submariners are elite. Astronauts are elite. Army Special Forces are elite. And the thing we all share in common is extremely high-performance standards, under even higher stress, often alone and in non-permissive (hostile) environments.

I refer to this personality trait as “low-density/high-risk”.

There are not many who can perform at these levels and I do not believe we fully understand the physical, mental, and spiritual damage done when operating at peak performance for long periods in non-permissive environments.

Examples of non-permissive environments are space and undersea, as humans cannot perform normally due to the environment. Another could be Aleppo, Syria due to the hostile forces on the ground, anti-aircraft capabilities, and indoctrination of fear in the local population should they try to assist, etc.

I recently saw a story about the concept of “slow is smooth, smooth is fast”, a phrase I first heard in the 90s. It has become a mantra used in various shooter training schools—schools that provide instruction in close-combat gunfighting skills. One such Army school was the Special Forces Advanced Reconnaissance, Target Analysis, and Target Exploitation Course (SFARTAEC). Much of the course content is sensitive, but I can share that by using such concepts as “slow is smooth, smooth is fast”, we enable the operator to bring calm in the face of extreme violence of action, executed in order to identify, isolate, and mitigate threats. In this training, you begin to understand how fast and accurate you can be by utilizing stillness and breath.

I am a firm believer in internal systems, such as Tai Chi. I, however, previously trained solely in hard systems. Looking back, the addition of a softer style would have, in my opinion, produced much better results. I hesitate to use the word “meditate”—as Tai Chi may be more contemplative than meditative—but those are semantic discussions to have some other day. The practice facilitates resilience during near-continuous targeting cycles under The Find-Fix-Finish-Exploit-Analyze (F3EA) process—a version of the dynamic targeting methodology utilized by Special Operations Forces (SOF).

Have you heard of The Men Who Stare at Goats? There are 2 published book versions and a movie based on the original book—I personally recommend the audiobook written and narrated by Jon Ronson. In 1979, a secret unit was established by the most gifted minds within the US Army. The narrative reveals the attempt by the unit—started by Lieutenant Colonel Jim Channon in the 80s and known as the First Earth Battalion—to integrate psychic capabilities with Special Forces. The concept of the warrior-monk, while foreign to the conventional military mindset, made sense for the special reconnaissance. The definition of “special reconnaissance” by the Department of Defense is an “Operational environment in which hostile, enemy military, and law enforcement agencies have control, as well as the intent and capability to deny operations that a unit intends to conduct”.

Lieutenant Colonel Channon called for the study and integration of some form of internal martial art—not just a hard fighting system. This was to calm the operators and give them something to focus on when in stressful situations. Michael Echanis, another Special Forces operator of some renown, accomplished this through internal arts related to Hapkido. This would help them manage their internal “operating system” in order to conduct high-risk missions. Note that, by definition, external or “hard” martial arts are generally characterized as martial art styles that focus on physical strength, pumping the heart, and muscle. Internal or “soft” martial arts focus on the use of relaxed leverage, relaxed power, and awareness of spirit, mind, and breath.

Since 9/11, there has been an influx of combative systems into the Department of Defense, i.e. the Marine Corps Martial Art Program (MCMAP), and these are good; however, the addition of an internal system will further enhance operator resiliency and mental/emotional stability when under duress.

In addition to enhanced warfighting, Tai Chi has proven beneficial during recovery from physical injuries. I have endured over 10 spinal procedures among other service-related surgeries. To advance my recovery, I practiced slow Tai Chi, San Ti, and Zhan Zhuang. Through internal practice, I learned to focus on my breath, listen to my body, and appreciate the healing effects the slowness and stillness offered me—“slow is smooth, smooth is fast”.

I have recovered faster than expected according to the doctors and continue to apply the practice—recently through a shoulder surgery recovery and an appendectomy. For me, Tai Chi practice has not replaced pain management. It has enhanced it.

I believe Tai Chi has much to offer elite performers and first responders in ways of resiliency and post-traumatic healing.

I am incredibly grateful for P.F. sharing his experiences and contemplations, and for taking the time to put them down in written form. I have witnessed P.F.’s progress in my class over the years. The things that his body has been through, his perseverance, and his rapid healing are inspiring. When he shared with me the term “slow is smooth, smooth is fast”, it called to mind the following passage from Lou Tzu in The Tao Te Ching.

*Note: The appearance of U.S. Department of Defense (DoD) visual information does not imply or constitute DoD endorsement.